In Your Next Beach Read, we want to introduce you to a new author every day in June in the hopes that you’ll find the next book you want to take with you to the beach, the pool, or the comforts of air conditioning.

What’s your name and where are you from?

How long have you been writing? How did you start? 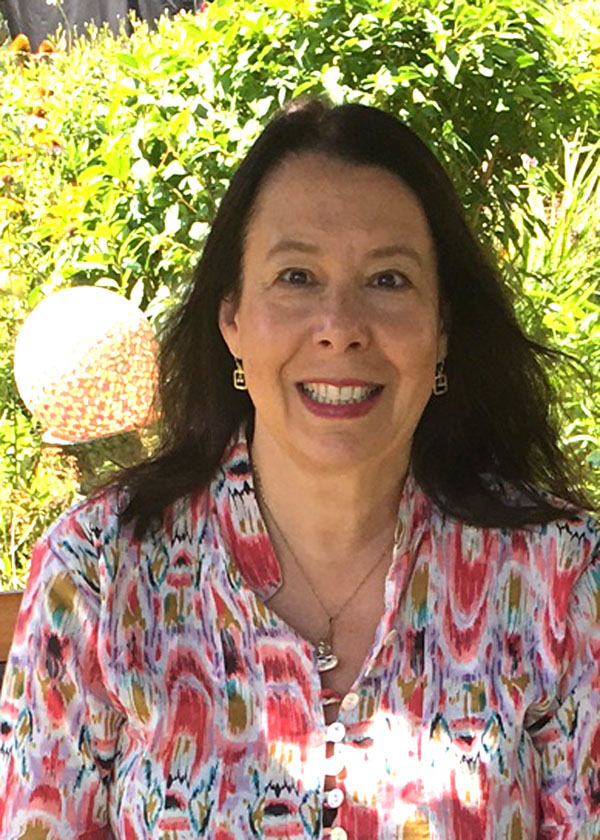 I started writing almost as soon as I could put letters and words together. I can actually recite for you (but you’ll be grateful that I won’t) the poem I wrote, called “A Dreamer’s World” that won my sixth-grade literary contest. First prize: A book on creating origami, complete with beautifully printed papers. I can still fold a mean crane!

Who are some of your influences?

I would say one of my earliest influences was Madeleine L’Engle, whose Wrinkle in Time validated my life (as it did for so many of us weird kids). And essentially, the great storytellers – from Steinbeck to Vonnegut, Tolkien, Virginia Wolfe, Toni Morison, Marquez – too many to name.

But I was also influenced by poets, from Ferlinghetti, e.e. cummings, and Basho, to Mary Oliver, Emily D., Stanley Kunitz, William Carlos Williams, Frost, oh, this list could go on and on, too.

What is your book about?

White Roses interlaces the stories of two women – Erica, a New Yorker whose lover, Cal, an EMT, was killed in the World Trade Center attack and Rose, a Maasai raised in the shadow of Mt. Kilimanjaro.

Craving a deeper knowledge of the man she mourns, Erica flies to Tanzania to meet his Peace Corps friends and experience the exotic countryside he loved. But as Erica begins retracing Cal’s steps, she becomes aware that someone is tracking her as well. In alternating chapters, Rose, attempting to make sense of her own life, recounts the stories she told her children of their births, of her life on the savannah, of the early days in tanzanite mining and how she became a miner — and how she lost it all.

Ultimately, the women’s stories weave together to create a portrait of not just the one person Erica thinks she is memorializing, but a group of people, living and dead, who are neither heroic nor cowardly, but instead nuanced and human.

Where did you get the idea?

How long did it take you to finish it?

About five years, from the first shaky words to the sense of being finished.

Is this your first book, or have you written more than one?

I’ve written four novels, but only White Roses and Come From Nowhere — which follows 7 female characters through one momentous day in New York City in the summer of 1977 — are published and available.

We all like to write about people we know, even if we never name them. Who are some people who inspired characters or situations?

My characters are often a patchwork quilt of people I’ve known, but I don’t like to call out names. In White Roses, some of the people I travelled with in Tanzania did recognize bits of themselves, but they were mostly okay with it.

What’s your favorite scene in the book? 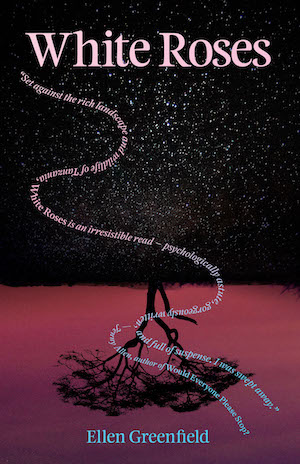 I love the scene in White Roses where a giant bull elephant parades slowly through the bush right up to the Jeep where Erica is watching, turns on his heel, and walks slowly away, exhibiting neither fear nor anger. It seems like a small moment, but looms large in Erica’s realization about both the tenacity and fragileness of life.

What’s the best piece of writing advice you ever got?

Chuck Wachtel once told me that the only good writing critiques are those that “jog your writing arm.” It really freed me.

Find another line of work. This said by a horrible copy editor at a second-rate trade publication where I was being laid off so the editor’s secretary could have my editorial assistant job.

Where can we buy your book?

Both White Roses and Come From Nowhere are available on Amazon.com, and can be ordered by your local bookstore.

Ellen Greenfield, received her MFA from New York University’s Creative Writing Program and her MA in Journalism from Syracuse University’s Newhouse School of Public Communications. Her previous books include Come From Nowhere, a novel, House Dangerous, the first book about indoor pollution for the consumer, You Can Have an Easier Delivery, aimed at alleviating women’s fear of childbirth, and SoupStrong, a cookbook of recipes for cancer patients.

Articles, poems and short fiction have appeared in The Beloit Poetry Journal, The Jewish Women’s Literary Annual, Rosebud, Washington Square, Women’s Wear Daily and most recently an anthology, Transition: Poems in the Aftermath about living with the political realities heralded by the 2016 election.

One thought on “Ellen Greenfield, author of “White Roses””