In Your Next Beach Read, we want to introduce you to a new author every day in June in the hopes that you’ll find the next book you want to take with you to the beach, the pool, or the comforts of air conditioning.

What’s your name and where are you from?

My name is Angelique, but I publish fiction under the name A.M. Bochnak. I was born and raised in southern Ohio and now live in Gainesville, Florida.

How long have you been writing? How did you start? 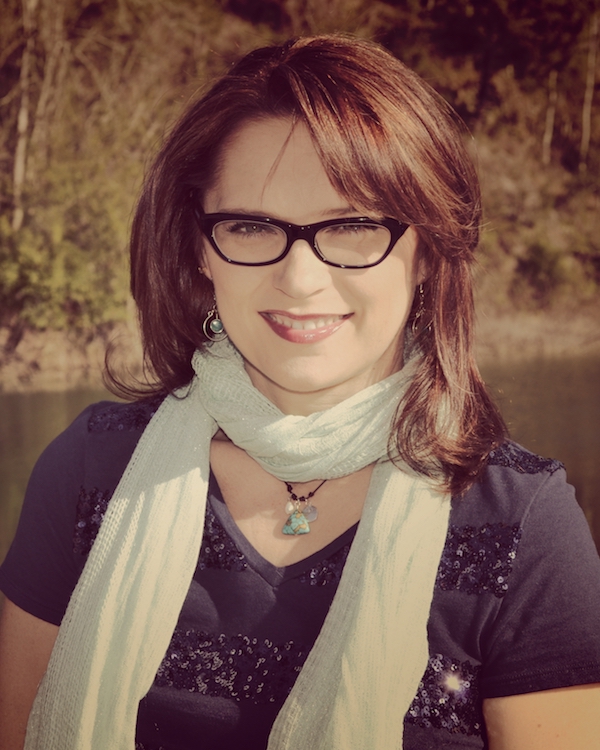 After two years of reading every craft development book I could get my hands on, I finally decided I was ready to write my first novel in 2015. I learned more from writing that first novel than I did from any of those craft books. Sometimes you have to take that leap and learn as you go and that’s what writing has been for me.

Who are some of your influences?

My biggest influence was a book more than the person. I read Stephen King’s The Eyes of the Dragon at a very young age and fell in love with fantasy. It was my first King book and the only one I really liked. From that moment on, anything with dragons or magic stole my heart.

What is your book about?

Fortitude Rising is a post-apocalyptic/dystopian story about magic and betrayal. Ebony has spent her entire life isolated on an island institution run by her father. If she ever hopes to escape her father’s experimentation on her she must learn to trust strangers who may not have the best intentions for her. Trust is questioned, loyalty is tested, and the fate of magic is on the line.

Where did you get the idea?

My husband is a huge comic book fan, particularly the X-Men. The idea for this story came to me one night after listening to my husband tell me all the things wrong with the X-Men movies. Instead of a world where magical mutations were unnatural, what would a world look like where magic was normal and the non-magical were the mutation. From this idea, the Magical Bond Series was born.

How long did it take you to finish it?

I wrote the first draft of Fortitude Rising for NANOWRIMO in 2016. I spent the next two years revising and editing, getting it ready for publication. The second book in the series, Aftermath of Defiance, comes out in August 2019.

Is this your first book, or have you written more than one? 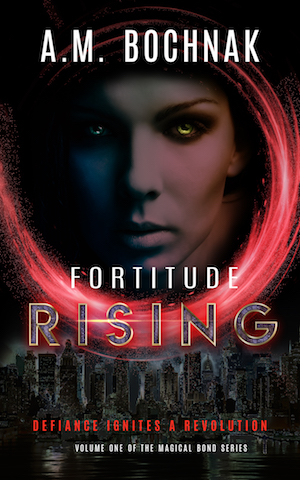 Fortitude Rising is the first book I published, but the second book I wrote. My first novel is still on the shelf waiting for me to dust it off and figure out that revision plan! I have written four novels in all.

We all like to write about people we know, even if we never name them. Who are some people who inspired characters or situations?

I tried hard to make sure none of my characters resembled real life friends or family. I read in one of those many craft development books that creating characters after friends and family was a dangerous path. Instead, I studied strangers. I would go out to lunch by myself with my journal and people watch to get inspiration for character traits and actions.

What’s your favorite scene in the book?

There’s a scene where Ebony was tasked with creating a space for her and her new friends to practice their magic in secret. This was her first sense of accomplishment, the first time she did something on her own because it was right and not because her father made her do it.

What’s the best piece of writing advice you ever got?

Write every day and openly call yourself a writer from the moment you write that first word.

Where can we buy your book?

Signed copies can be purchased on my website, or you can buy them on Amazon.

A.M. Bochnak is a dreamer. With her head in the clouds or her eyes turned to the stars, she spends countless hours imagining new adventures and far off worlds for which to travel. When she isn’t dreaming, she writes science fiction and fantasy with her focus on epic fantasies, apocalyptic and dystopian fiction. Fortitude Rising, a sci-fi dystopian fantasy, is her first published novel. She is an American author, born and raised in southern Ohio and now lives in Gainesville, Florida.

One thought on “A.M. Bochnak, author of “Fortitude Rising””